Below are the Keynote Speakers confirmed for the ICC 2019 conference: 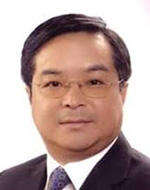 Abstract: China Mobile has started 5G pre-commercial launch and will offer commercial 5G services to personal and vertical customers from 2020. 5G will cultivate many innovative service and applications by its end to end powerful capabilities and build up the cross industry ecosystem, which creates new demands for more powerful capabilities of mobile network. The network needs to evolve to fulfill these requirements. This keynote will discuss the philosophy of communication 4.0, then share the initiative thoughts of the future B5G/6G network, in terms of new network architecture, network coverage, network security, network efficiency and network intelligence.

Dr. Li previously served as Director of National Key Laboratory with University of Electronic Science and Technology of China, a Member of Communication Technology Expert Committee with National High-tech R&D Program (863 Program), a Member of Leadership Group for the Third Generation Mobile Communication R&D Program launched jointly by Ministry of Science and Technology and former Ministry of Information Industry, as well as Executive Vice President of China Unicom.

Dr. Li was awarded the honorary title of ‘Chinese Doctoral Degree Holder with Outstanding Contribution’ by Academic Degrees Committee of the State Council and former National Education Commission, and ‘The Science and Technology Award for Chinese Youth’ by China Association for Science and Technology with Special Government Allowance granted by the State Council. He received the Distinguished Industry Leader Award from IEEE in 2017. 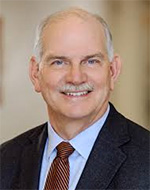 Abstract: The emerging Internet of Things (IoT) has several salient characteristics that differentiate it from existing wireless networking architectures. These include the deployment of very large numbers of (possibly) low-complexity terminals; the need for low-latency, short-packet communications (e.g., to support automation); light or no infrastructure; and primary applications of data gathering, inference and control.  These characteristics have motivated the development of new fundamentals that can provide insights into the limits of communication in this regime. This talk will address two issues in this context, namely security and low-latency, through the respective lenses of physical layer security and finite-blocklength information theory. Basic principles of these areas will be discussed, along with recent results and open problems.

Bio: H. Vincent Poor is the Michael Henry Strater University Professor at Princeton University. He is also an Honorary Professor at Peking University and at Tsinghua University, a Distinguished Chair Professor for Research at the National Taiwan University, and a Visiting Professor at Imperial College London. He received his Ph.D. in EECS from Princeton in 1977, and has also received honorary doctorates for a number of universities in Asia, Europe and North America. From 1977 until joining the Princeton faculty in 1990, he was on the faculty at the University of Illinois at Urbana-Champaign. He has also held visiting positions at several other universities, including most recently at Berkeley and Cambridge.  Dr. Poor’s research interests are in information theory and signal processing, and their applications in wireless networks, energy systems and related fields. He is a member of the U.S. National Academy of Engineering and the U.S. National Academy of Sciences, and is a foreign member of the Chinese Academy of Sciences, the Royal Society of London, and other national and international academies. He received the Marconi and Armstrong Awards of the IEEE Communications Society in 2007 and 2009, respectively, and the IEEE Alexander Graham Bell Medal in 2017.

Title: Wireless Innovations in the Next Decade

Abstract: As we witness a global roll-out of 5G wireless, it is certain that 5G will unleash a new wave of revolutions in many aspects of our daily life and work. 5G will change the society. Whilst wireless technology will continue to innovate in several fronts, in particular, the radio technology, the networking technology, we need a long term view on the direction of future wireless. In this talk, we explore the future wireless for the technology perspectives. We also present some research challenges and technology breakthroughs required to deliver the vision for the future wireless.

Bio: Dr. Wen Tong is the Huawei Fellow, CTO, Huawei Wireless. Dr. Tong is the head of Huawei wireless research. In 2011, he was appointed the Head of Communications Technologies Labs of Huawei, currently, he spearheads and leads Huawei’s 5G wireless technologies research and development.

Dr. Tong was elected as a Huawei Fellow and an IEEE Fellow. He was the recipient of IEEE Communications Society Industry Innovation Award for “the leadership and contributions in development of 3G and 4G wireless systems” in 2014, and IEEE Communications Society Distingushed Industry Leader Award for “pioneering technical contributions and leadership in the mobile communications industry and innovation in 5G mobile communications technology” in 2018. He pioneered fundamental technologies from 1G to 5G wireless with more than 400 granted US patents.

Dr. Tong is a Fellow of Canadian Academy of Engineering, and he also serves as Board of Director of WiFi Alliance. He is based in Ottawa, Canada. 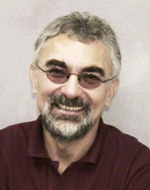 Professor, University of Southampton and Fellow of the Royal Academy of Engineering (UK)

Abtract: Since Marconi demonstrated the feasibility of radio transmissions, researchers have endeavoured to fulfil the dream of flawless tele-presence. At the dawn of the 5G era - are we there yet?

Indeed, near-capacity operation at a vanishingly low error-rate is feasible, but at what price? In areas of high traffic-density a high area spectral efficiency is achieved by reducing the cell-size, but how do we cover the tele-traffic hotspots - such as cruise ships – in the middle of the ocean or the planes above them moving at an extremely high velocity?

As a promising system-architecture, an integrated terrestrial, UAV-aided, airplane-assisted as well as satellite-based global coverage-solution and its enabling techniques will be highlighted as a further step towards seamless next-generation service provision, touching upon the following aspects:

Bio: Lajos Hanzo is a Fellow of the Royal Academy of Engineering (FREng), FIEEE, FIET and a EURASIP Fellow, Foreign Member of the Hungarian Academy of Science.  He holds honorary Doctorates from the University of Edinburgh and the Technical University of Budapest. He co-authored 18 IEEE Press - John Wiley books and 1800+ research contributions at IEEE Xplore.  For further information on his research in progress and associated publications please refer to IEEE Xplore. 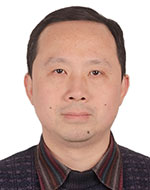 Abstract: The evolution of wireless mobile communication has entered an “intelligence era”. We envision B5G & 6G as a system for the AI, by the AI, and of the AI. The short-term aim is to leverage ubiquitous xReality and a large variety of vertical applications, such as autonomous driving, consumer IoT and industrial IoT. The mid-term goal is to enhance the system with AI capabilities by introducing neural network and machine learning. In the long run, imagining the world in 2030s is shared by human users and intelligent agents, B5G & 6G will be a key enabler of the “Human-Thing-Intelligence” interconnection.

The beginning of B5G & 6G is on the horizon and fast approaching. We at OPPO, welcome and embrace this exciting new opportunity.

Bio: Mr. Tang started 3GPP standardization activities since 2005 and was one of the key contributors of TD-LTE global standards. He served as Vice Chairman of 3GPP TSG RAN between 2009-2013. Mr. Tang joined OPPO in 2015 and established the Standards Research Center of OPPO. His primary reasonability is to guide the cellular (LTE, 5G), IoT and other standardization activities. 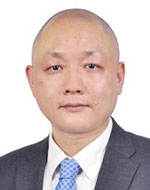 Abstract: The AI/ML is a rapidly growing phenomenon penetrating almost every industry area and people day-2-day life. The result of the penetration some time show profound changes in productivity gain. With no exception, AI/ML demonstrated a significant impact on the communication industry. Preliminary AI/ML research and implementation such as a cross-layer wireless network Root Cause Analysis (RCA) use case showing the extract/apply effective rules increasing up to 80%, time deploying new rules reduced up to 95%, last but not the least number of alarms reduced up to 70%.

However, the current AI/ML implementation for wireless networking is only the beginning. Many areas are still in its infancy stage. The AI/ML could benefit network slicing orchestration based on big data in 4/5G virtualization. Using the control plane data with deep leaning/training,  the trained model can be used to inferring a new data model for smart SDN controller and smart network O&M which meet the dynamic network changing conditions. The introduction of AI/ML in wireless communication PHY and MAC layers with deep leaning and inferring method show many promises. Further studies including solid theoretical backing and practical implementation architecture will bring-in the production level maturity.

He received his Bachelor and Master degrees from the Northeastern University of China. He joined ZTE and worked on software development and system design of wireless communication system since 2000. Starting in 2006, he has been focusing on advanced radio access technology research and standardization with over 50 granted patents globally.

He has been elected as vice chairman of 3GPP GERAN TSG for three consecutive terms since 2011. He serves as China Communications Standards Association (CCSA) TC5 vice chairman. 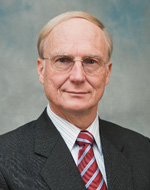 Abstract: In December 2017, 3GPP completed the 5G NR (New Radio) specifications for NSA (Non-StandAlone) operation; in June 2018, 3GPP completed the SA (StandAlone) functions, thus completing the first release, called Release 15, of the 3GPP 5G specifications.  As evidenced by various announcements, products, demonstrations, and field trials, Release 15 5G NR is moving towards commercialization this year in multiple parts of the world.  This keynote will provide a perspective on the current status of 5G NR eMBB (enhanced Mobile BroadBand) commercialization in both what are called the sub6 and mmWave bands.  The 5G vision goes far beyond support for eMBB to include (URLLC) Ultra Reliable Low Latency Communications (URLLC), mMTC (massive Machine Type Communications), and features such as relays, integrated backhaul, and multicast/broadcast.  In addition to operation in licensed frequency bands, support is being developed for unlicensed bands and for bands which must be shared with incumbent or other users.  These are conceptual building blocks for many new services, for new industries with special requirements, and for enhancements of the basic cellular network.  This keynote will examine the status of 5G standardization in 3GPP, including the plans for Release 16, currently under development, and a vision for Release 17 and beyond.  It will also examine the work in many other industry organizations which are building upon this core work to future enhance 5G and to provide for its universal deployment.

Bio: Dr. Edward G. Tiedemann, Jr. is a Qualcomm Fellow and a Senior Vice President of Engineering of Qualcomm Technologies, Inc.  He leads Qualcomm’s worldwide standardization and industry organization activities.  Dr. Tiedemann was instrumental in the design and development of the TIA/EIA/IS-95 CDMA system, also called cdmaOne™.  He led Qualcomm and much of the industry’s efforts in the design and development of the third-generation cdma2000® system.  Dr. Tiedemann holds over 200 US patents and has participated in many papers, conference lectures, and industry panels.  He currently sits on the board of several industry organizations.  He is interested in multiple topics in communications including 5G, IoT, and V2x.

Dr. Tiedemann is past chairman of the Advisory Board of the College of Engineering at Virginia Polytechnic Institute and State University (Va Tech).  He currently sits on the Advisory Board of the Purdue University School of Electrical and Computer Engineering.  Dr. Tiedemann was General Chair of GLOBECOM 2015.  He is also a member of the Board of Overseers of the Peabody Essex Museum.